Workplace diversity has come a long way, now that we are in 2021. As compared to a few decades ago, we see many more women being part of decision-making roles and processes.

Take the UAE, for instance. According to the UAE Gender Balance Council, literacy rates among both genders currently stand at 95%. In 1975, only 31% of women were literate. With respect to the workforce, women make up 66% of the work population in the public sector, and 75% of roles in the education and healthcare sector.

Approximately 95% of women enroll for higher education after high school, as compared to 80% of men. However, when it comes to women occupying leadership roles, only 30% of leadership roles are filled by women (according to the Ministry of Foreign Affairs).

If you take a look at the demographic statistics of other country’s workforce populations, you will begin to notice a similar trend. Percentages of women in the labour force in similar GCC countries stand at 49% in Kuwait and 57% in Qatar. However, when it comes to women in leadership roles, Kuwait stands at 16%, and Qatar at approximately 30%. Why do women get filtered out while climbing the professional ladder?

To put things more into perspective, here are some global stats to think about:

For women, the freedom to work and to choose is often dictated by several socio-economic factors, marital status, children, family approval, etc. These come along with certain constraints and pressure to conform to traditional gender roles. Apart from this, governing bodies don’t always formulate policies that are more accommodating towards a woman’s choice of having a family.

Below are some of the top reasons why women are lagging behind.

One huge contributor to the disparity would be the biases that arise from gender roles. When we are born, we are directly put into binary categories that go on to dictate our life choices. Femininity is usually attributed to values of nurturing, being polite, obedient, patient and understanding, whereas masculinity is associated with being a go-getter, quick thinker, direct and authoritative. Unfortunately, we have been conditioned to believe that leaders require these masculine values, and that they cannot be found in women. 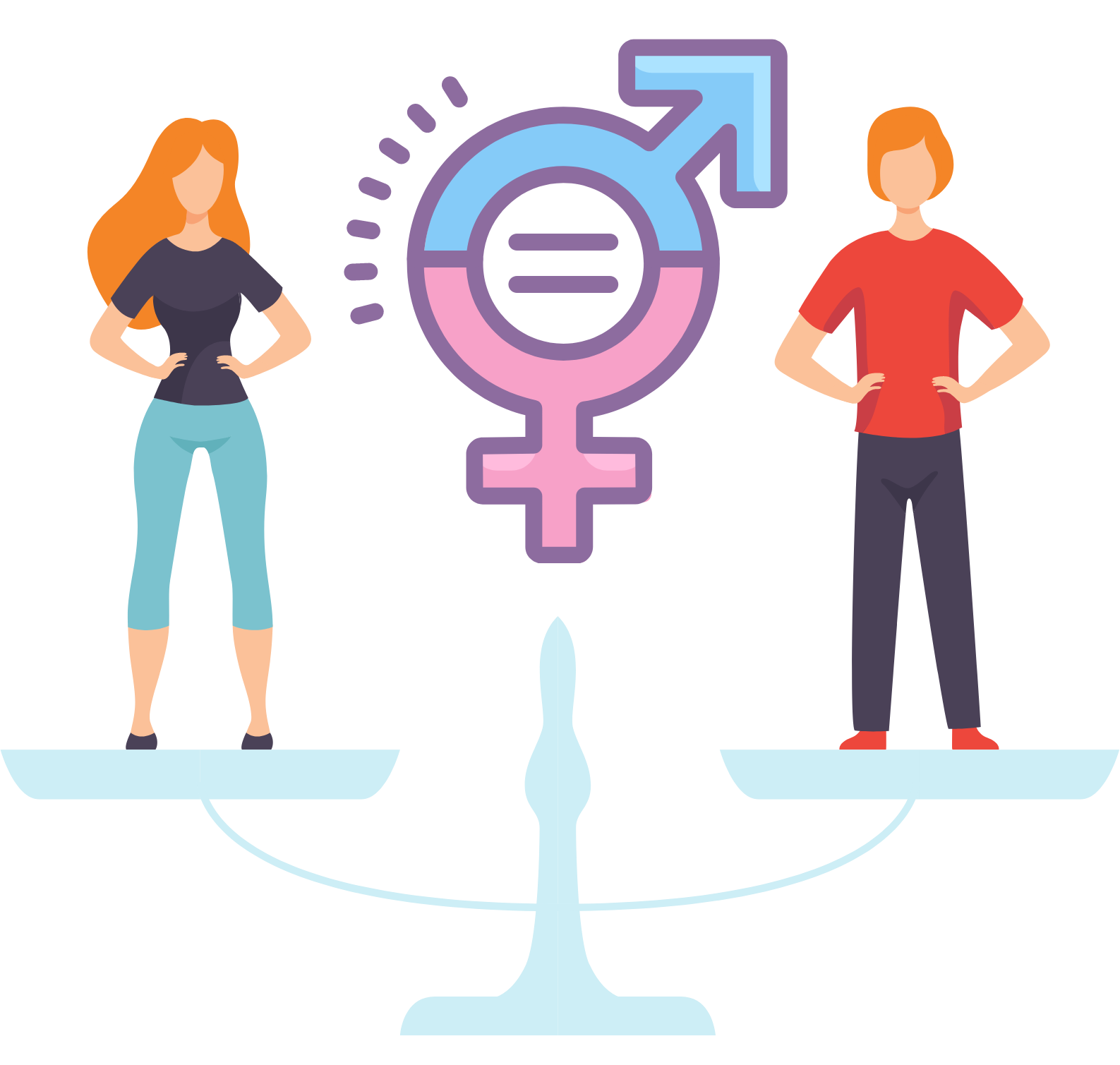 Stereotypes arising from gender roles can also be seen to influence the wage gap. A common mindset to justify the wage gap is that men require higher salaries as they earn for the family, whereas the income of a woman is only secondary. Other times, the work a woman puts in is simply not considered to be equal to the amount that men put in. Managements assume that men are more likely to go out of their way for their jobs (e.g., working longer hours), and this is why they deserve higher salaries than women.

The Reality of Maternity Leave Policies

We cannot be blind to the fact that women do play a significant role in bringing up families. Although not all women decide to have families of their own, women who do, don’t necessarily need to sacrifice their professional life in order to actively participate in their familial responsibilities.

This issue can easily be tackled by incorporating alternative working methods like flexi-time and working from home. Allowing fathers paternity leave can also lift the pressure off the shoulders of mothers by allowing both parents to split and coordinate their leaves so that nobody’s career is excessively compromised.

We all at some point must have come across the term “glass ceiling.” In case you haven’t, the glass ceiling is a metaphor to describe the unacknowledged but real barriers that women and other minorities face while trying to achieve elevated professional success. The stats and facts mentioned throughout this article are clear examples of how the glass ceiling curbs professional growth for women. Across the world, women have experienced not being able to progress to a higher position after a certain point, while many other less qualified individuals surpass them.

Apart from racism, women of colour, unfortunately, face a higher disadvantage. In certain countries, an individual’s nationality significantly dictates the extent to which their pay scale increases despite how skilled or competent they are. While the UAE has laws in place that make wage gaps based on gender illegal, there is still a long way to go when it comes to disparities based on ethnicity. To find out more about average pay in GCC countries based on ethnicity, click here.

What Do Women Bring to the Table?

Women bring to the workforce different perspectives, skills and experience. They place greater importance on interpersonal skills like self-awareness, emotional attunement, need for expression, humility and authenticity. They are understanding and sensitive towards the importance of holistic well-being for employee development. Merits and experience speak volumes about the eligibility of being appointed as a leader. However, women leaders can redefine the age-old perceived conception of who can lead and what qualities are necessary for one to achieve such leadership roles.

The Harvard Business Review had interesting research explaining the phenomenon of the “glass cliff.” It describes the idea of female leaders being put in charge at times when a company is in trouble or fixing something that is already broken and where the chances of failure are high. Does this not make you wonder why able, strong-willed, smart, efficient women are given senior positions only at such times? On the flip side, however, women can take it as a compliment that, perhaps, the world assumes them to be, in fact, effective at stress management and thus more qualified to lead during a crisis!

Studies have continuously shown that there is a difference in leadership styles between men and women. Female leaders use a more transformational approach (motivating, caring, supportive) and use a more active reward mechanism. Male leaders on the other hand usually adopt a more laissez-faire style where they intervene only when a problem has become severe.

The pandemic has brought to light how efficient women leaders can be at managing a crisis. One study suggests that outcomes related to the pandemic, including the number of deaths, were systematically better in countries led by women. Another study showed that US states governed by women had lower fatality rates. World leaders like Jacinda Ardern, the Prime Minister of New Zealand, and Tsai Ing-Wen, the President of Taiwan, are noteworthy examples of heads of state that made a highly significant impact in controlling the spread of the virus in their respective countries.

Lessons to Learn for Everyone

1. Empathy Wins in a Crisis

One study took a look at public perception of the competencies of male leaders versus female leaders. According to these ratings, women leaders scored higher than their male counterparts in both pre-pandemic and pandemic phases. In fact, the difference between the scores increased in the pandemic phase. Upon diving deeper, it was found that one of the main predictors was that women leaders were seen as more empathic. They expressed more awareness of their subjects’ fears and concerns.

Truth builds trust. While some countries decided to keep their information under wraps for fear of scaring the public, countries like Germany decided to say it like it is. Angela Merkel relied on facts and suggestions from epidemiological models and health care experts to formulate a plan for her country. While being confident in her plan, she still didn’t shy away from letting her people know that it may get worse and they need to be more careful and ready.

One of the best ways to inspire people is to first show them how you are similar to them. In the early stages of the pandemic, Jacinda Ardern hosted an informal Facebook Live just to check in with the folks of New Zealand. She was seen wearing sweats in the comfort of her home, and also mentioned what a challenge it was to put her toddlers to bed. Such relatable instances increase the connection between leaders and followers. 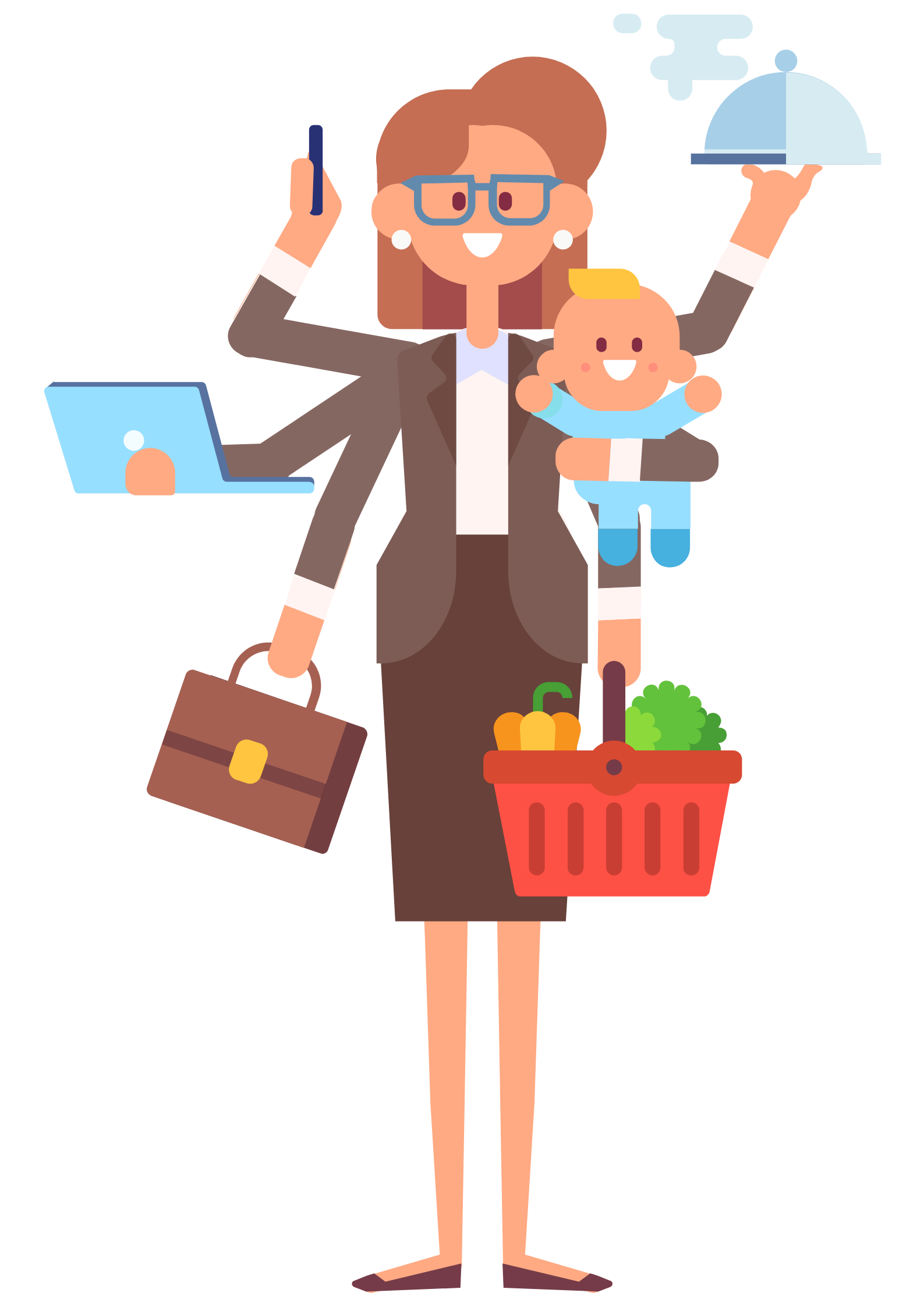 This article does not suggest that women are better leaders than men. Instead, it prompts a discussion on how a woman’s values of being nurturing and transformational should be seen as a strength in leadership, instead of being seen as a weakness. Feminine and masculine traits can go hand in hand. Both men and women should strive to achieve the perfect balance between both sides. A successful leader is one who recognises a skill that is lacking, and works towards acquiring it.