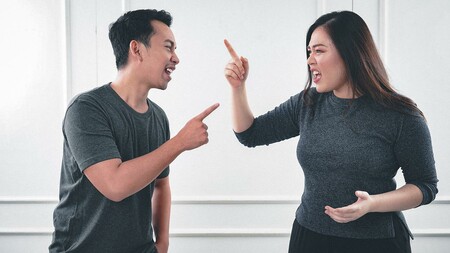 4 Signs You Have Anger Management Issues

How would you feel if someone told you to give up your seat because of your skin color? Rosa Parks got angry. In her autobiography, she said she refused because she was “tired of giving in.”

That’s classic anger right there, which — according to the American Psychological Association — is antagonism toward someone or something that deliberately did you wrong.

In some cases, anger can be justified and constructive. In Rosa Parks’ case, it was the spark that ignited the civil rights movement.

However, it can be destructive when it rages uncontrolled. Thus, if you have anger issues, you can try neurofeedback for anger management.

How do you know if you have anger issues, though? Reflect on yourself to check if you have these signs.

1. You are frequently angry.

You’re on your way to work. You run to the door and rush to open it, but the door won’t budge. Your blood pressure rises, and your cheeks get warm as you begin kicking the door jamb and cursing the door.

While on your way to your car, you see your neighbor from across the street weeding their front yard. Everything about them — from how they’re dressed to the happy tune they’re whistling, even down to the way they pull weeds out and gather them all in one pile a foot away to their right — vexes you. You swear at them under your breath and ignore their smile and friendly wave.

While driving on the road, you aggressively sound your car horn at motorists and pedestrians alike. Every slow driver infuriates you, but everyone that drives as fast as or faster than you aggravates you, too. You try to beat the red light and feel incredibly incensed when you fail.

At work, you ignore all your colleagues’ greetings and glare at those who look particularly cheerful. There’s no coffee perking in the coffee maker, annoying you no end. You brew a fresh jar, muttering audibly while loudly banging drawers and slamming cups and utensils down.

All of this drama happens in only 30 minutes. It’s not a one-time thing, either, as this is an everyday occurrence.

If this is how your daily life goes — if you feel inordinately exasperated at everyone and everything and blow up over every little thing — you may have anger management issues.

2. You tend to overreact.

If Joe steps on John’s shoes, it’s natural for John to feel annoyed with Joe. John may tap Joe on the shoulder and, raising their voice, tell Joe that they feel very aggravated because Joe stepped on their shoes. There may be a bit of confrontation between Joe and John, too, if Joe doesn’t immediately admit his mistake and apologize to John.

However, if, instead of letting the matter go or trying to end it with words, John hurls expletives at Joe and smashes their fist into Joe’s face, we can all probably agree that John’s reaction is extreme given the gravity of the offense.

If you are like John and tend to respond with a full-blown temper tantrum to annoying situations, you may have anger management issues.

Whenever something annoys Grace, she stomps her feet involuntarily and throws everything she can get their hands on.

When Netflix doesn’t load quickly, she throws the remote at the television. When someone spills juice on the carpet, she throws a glass so it shatters on the opposite wall or the floor. She also lobs the phone across the room after she gets off an infuriating call.

Grace’s husband and friends have long told Grace she must control her anger. However, whenever she is annoyed, she can only see red, never reason.

If, like Grace, you cannot think beyond the moment of anger, when no reason and thoughts of consequences can penetrate the fog of rage that engulfs you when you’re furious, you may have anger management issues.

4. You often regret your angry words and actions.

Whenever he’s enraged, Harry can be pretty destructive.

Harry has already trashed his apartment and his parents’ house. The former has led to thousands of dollars in repair costs, while the latter has earned him his parents’ longstanding animosity.

One other time, Harry got into a heated argument on the phone while he was driving on the freeway. In a fit of anger, Harry pressed the accelerator as hard as he could. The car bucked heavily and crashed onto the highway guardrail. Luckily, Harry got out unscathed. However, his car was totaled. Harry also had to pay some fines and pay for a replacement rail.

Every time Harry calmed down and recovered complete control of his faculties, he would always profoundly regret what he did when he was angry. He would apologize to the people he hurt or whose property he damaged. He would also be full of remorse, especially about the penalties and repair bills coming his way.

If, like Harry, you almost always regret the things you do in anger, you may have anger management issues.

Do Something About Your Anger Management Issues

If you think you may have anger issues, it could be a wise move to consult a therapist. You don’t have to live your life regretting what anger has taken and will take from you. There are methods that can help you mitigate uncontrolled anger management issues.

Cognitive behavioral therapy (CBT) can help expose problematic thought patterns, particularly misguided expectations, that can trigger your angry outbursts. CBT can be an effective therapy to control anger because it will provide you with coping mechanisms you can use to manage your rage.

If you need to ascertain whether you require anger control therapy, please contact us.